THE HISTORY OF UNITY

One of Santa Barbara’s most beloved and long-standing charities was founded over a hundred years ago.

It was a charity staffed with volunteers who collected food, clothing, and used toys to give to mothers who were heading up households while their husbands had been drafted to fight in the military during World War I.

By 1972, Barbara Tellefson, Unity Shoppe’s founder, fondly described as “Saint Barbara,” began her first 20 years of volunteerism with Dr. Pearl Chase at the Council. When she was asked about those early years with the Council, Barbara explained: “I was immediately struck by how the Council welcomed and aided all Santa Barbarans — the young, old, rich and poor, people from all races, creeds and colors. As Dr. Chase was getting ready to retire, Barbara made a promise to her that she would commit her life to helping the most vulnerable as best as she could for as long as she could.

In 1983, Barbara was able to secure the Council’s first building to avoid the incredible hardship of repeated moves from rental spaces. By 1987, the Council was renamed Unity Shoppe thanks in part to the support of entertainer Kenny Loggins and local television station KEYT-TV as partners in the production of a fundraising telethon in support of Santa Barbara’s low income residents.

But Barbara took it a step further, insisting that people in need should never be made to feel they have to turn over their dignity, autonomy, or independent decision-making in order to receive something in return. This sentiment was imbued in Unity Shoppe’s work and remains its core purpose to this day.

While Unity lost its matriarch in 2020, Barbara’s legacy lives on not only in Santa Barbara, where Unity Shoppe continues onward under new dedicated leadership, but also in cities like Nashville, TN and Blacksburg, VA.

In 2012, country singer Brad Paisley and his family volunteered at Unity Shoppe while visiting Santa Barbara and were so taken by how the mission was executed, they committed the next few years to replicating the model in their hometown of Nashville, calling it The Store and launching it two years later.

“When we strive to improve the economic situation or sense of hopelessness experienced by our neighbors, we mustn’t ever forget to show them respect and elevate their dignity at every turn.” 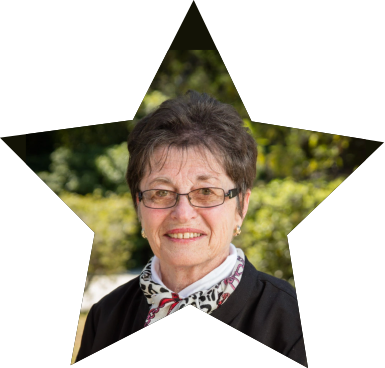